Approximately 30 WSBA International Practice Section (IPS) members and guests boarded The Seeker of Anchor Bay Charters for our AGM, which took place amidst a 3-hour tour of Lakes Union and Washington. 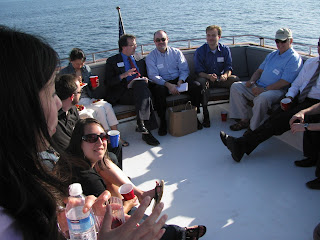 A good time was had by all. Photograph by Jacqueline Pruner.

Although the day started out cloudy and cool, by the time came around to set sail, the sun broke, the clouds dissipated, and a full-on blue sky evening resulted. Thus, once again, our AGM was enhanced by great summer weather, fabulous food from Mangetout Catering, chilled beverages, stimulating and lively debate, and entertaining conversation. 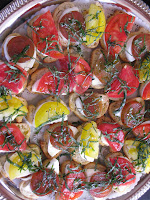 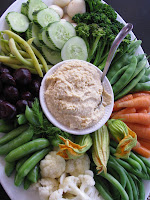 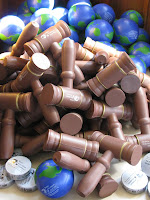 The catered spread, which included – most appropriately – squishy globes and gavels (and the last of those breath mints).
Photographs by Jacqueline Pruner.

We held our annual meeting, which elected our new Executive Committee (EC) for 2010-2011: Glen Yaguchi as Chair, Charles Rendina as Chair-Elect, Krista Wittman as both Secretary and Treasurer, Randy Aliment as EC position #3 (2010-2013). We also welcomed one new IPS member to our EC: Bonnie Wasser – one of our speakers from last August’s International Express CLE – who was also elected to Executive Committee position #4 (2010-2013). 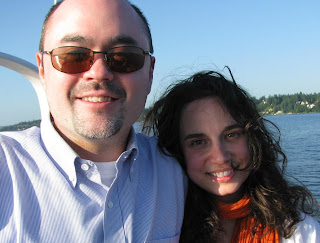 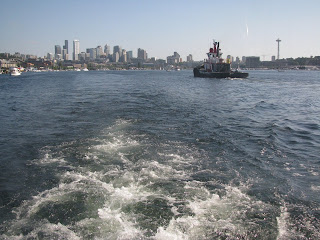 This year’s view from the boat. Photograph by Jacqueline Pruner.

Thanks again to the fabulous International Practice Section EC of 2009-2010 who made it a very productive (and fun) year and to everyone who joined us – we hope to see you next year as well as at all of the fantastic events we have planned throughout this coming year!